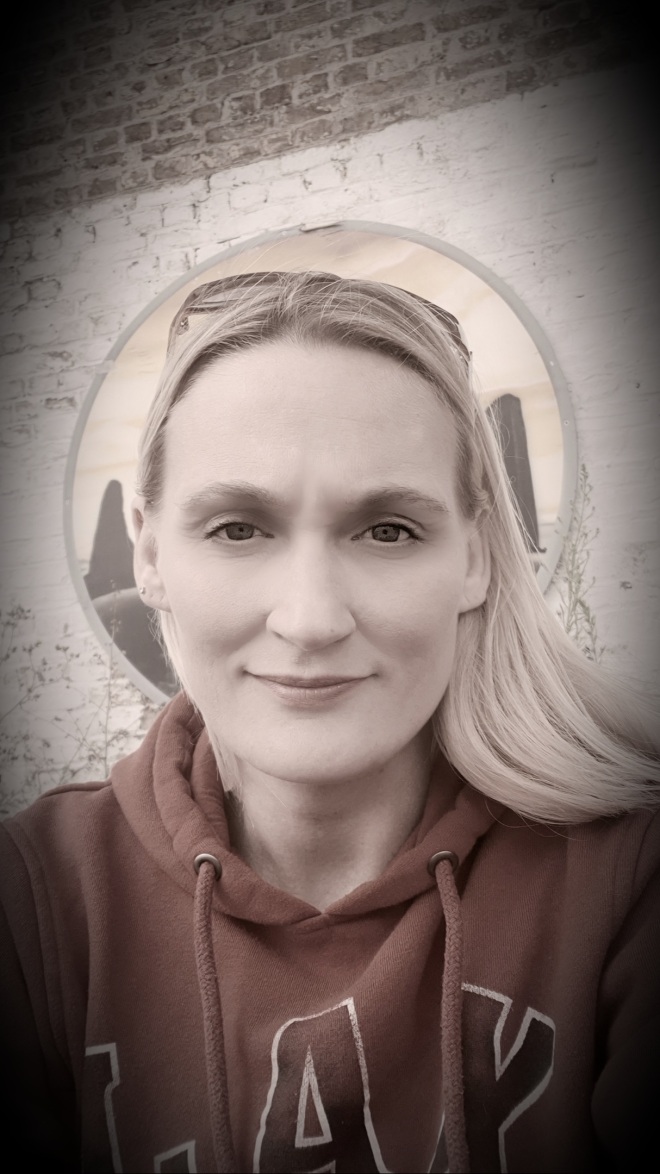 This week was going back to school and work and somehow it’s over before it really started. It’s been a week full of thinking for a number of reasons, good or bad is hard to say for some of them.

Some of you must think I was barking mad to spend any more time with the Cowboy, but you know what it was actually a pretty good weekend. We had never spend so much time together and it had been a pretty steep learning curve for both of us, showing up our immense differences as well as some surprising similarities. We did talk – not as much as we maybe should have, but enough to give us both an idea where we stand with all this. We both made some concessions, so now we have to see how this plays out.
I can honestly say, I have never been with anyone quite like that and vice versa, but one thing we both took from this weekend is that the differences in our character that in the past have caused us to clash can actually strengthen our relationship if we use them wisely and don’t get carried away in the extremes of them. Still, I have taken a bit of step back, which I think is the best thing to do. I need to breathe. He does too. And I’m trying not to overthink things and just go with the flow. Why is adult dating such a bloody minefield?

Another thing that has hit me hard this week is one of my friends loosing her dad. She’s about my age, her dad wasn’t that well, but still it wasn’t quite expected.  If it ever can be really. I only met her dad once or twice but I love her dearly so I’m hurt and upset for her. And it scares me. That’s someone from my generation loosing a parent. It hits close to home, way too close. There is an occasional lump appearing in my throat out of nowhere sometimes the last couple of days. It sits there like a rock and takes a lot of convincing to go away again.

This is another thing I don’t want to overthink and unlike dating the Cowboy, this will probably really throw me off course if I do think too much. For all the issues I have, especially with my mum, I love my parents desperately and the thought of them not being here anymore scares me so much I can hardly catch my breath. I feel utterly stupid for picking up the phone on those occasions and calling them and don’t know what to actually say to them. Something along the lines of ‘I just wanted to make sure I have spoken to you one last time if you happen to unexpectedly kick the bucket’ doesn’t seem like a great idea….

So more often than not we end up chatting about food or the summer holidays and it’s nice and comforting and just what I need to pick me up. Until the next time.

Sunday again. How is that even possible? I could swear on my children’s life we have some sort of groundhog week going on here. Okay, maybe on the cat’s life to be on the safe side. Honestly though, I barely remember Tuesday or Wednesday happening and I did really not notice Friday or Saturday coming and going. Why is it that time seems to pass so much quicker when we get older?

One reason might be that I had this glorious idea to tell my boss it would be so much more efficient to run my department if the majority of our work was done when our store is less busy. As in no customers in the building. Which means overnight. Ta Dahhhhh! My working hours now tend to start when other people go home. The amount of Nespresso pods used by my household (read: me) has increased so dramatically, I should consider buying shares. Looks like this backfired a little bit for me, but on the plus side – apart from being pretty sleep deprived – I get to see my kids more. And I quite like spending time with them you know. Downside though, having a weekend of dads being on duty, the list of things I had planned (that Sunday morning walk by the river went right out of the window) or needed to do is pretty much still as long now as it was three days ago. Suckage galore. Not that there is anything exciting on said list, apart from maybe putting Christmas decorations up way too early but I get a great sense of achievement from ticking off lists. Sorry.

One thing that really rubbed my back up the wrong way over the weekend is one of the dads of my kids. Relax, there are only two of them. We had a row about collecting my son. Now I have to work on Sunday so I texted him well in advance that I would need to collect my little boy earlier. No reply. Not unusual so I didn’t follow it up, admittedly. When he collects him, I ask about it, he insists I never texted. Well, my phone tells me otherwise and I find it hard to believe that my network is selective about delivering texts. Which is what I told him – politely!! – because I don’t like to be called a liar and I tend to put my hand up when I forget something. Now if that was me, I’d say ‘Oh probably didn’t come through, but please check earlier next time’. Not such big a deal. Instead, I get a litany of abuse, about playing games and what not, with a screenshot of how the message isn’t there. Well it’s damn easy to delete a message but a hell of a lot more difficult putting it there if you get my drift. Considering he is a habitual liar (and that isn’t just my opinion, it’s a sorry fact) oh my God I just want to get into one. But I don’t. Breathe. I’m the grownup here. I’m not having issues, he does. Well, I obviously do because he is just another example for my inability to choose a good guy but at least I don’t have to deal with him on a daily basis anymore. I wish I wouldn’t still get so pissed off by him though but I guess I need a few more morning ohms for that.

Anyway, I am going to get myself as coffee now and will read a book for a bit, sitting in my armchair by the window in the morning son. Just like granma. Or maybe go on Instagram….

I am sorry to let you know the theme of doom and gloom in my head is just continuing this week. I feel pretty much as crappy as I did before, but now I am also physically completely exhausted because working when other people sleep and trying to sleep when other people work doesn’t agree with me at all and I’m still a little emotionally drained from all the things going on with the Cowboy and he is yet again on the quiet side – but then it has been the anniversary of his dad passing away earlier this month so I should give him some space. Unfortunately I get little bits of shit by my previous husbands thrown at me at the minute as well. How is it they always seem to know when is a good time to kick me just that bit more in the stomach?

I really wish sometimes you could just take a time out from life, recharge your batteries and when you feel rested and stronger come back to where you left off giving it another go. Somehow it just doesn’t work that way (I would seriously consider sacrificing a goat every week for a chance or two at a ‘Beam me back Scotty’) so we have to keep muddling along hoping for the best.

I am genuinely trying to sort myself out, you know the whole deep breathing, it all happens for a reason, other people are so much worse of blah blah blah; but it’s not working and I just wake up feeling doomed and go to sleep feeling cursed. Sorry about that. I just cancelled the Christmas party I have been doing for 8 years in a row because I am just not feeling it this year. I guess that is what makes it so much worse – it’s the time of the year when we are all meant to be cheerful and happy and full of forgiveness and grace and whatever else and there is me being sad and gloomy and channeling my inner Mrs Scrooge with great success.

What doesn’t help is that I feel pretty alone at the moment. Not alone actually, lonely. Abandoned really. By everyone. Like I’m the last option for everyone to go to and only call or knock on my door when they have a problem or need help but other than that they rather spend time with their real friends.

Very much doom and gloom all over. I know that. There is only one little light at the end of the tunnel. Five weeks from now, we go into a new year. A clean slate. A chance to start all over again. And I still have a little bit of optimism left to believe that it can be all good. Until then, I am cursed and doomed and sad and cry when I want to and Christmas can go screw itself. It comes around every year anyway.